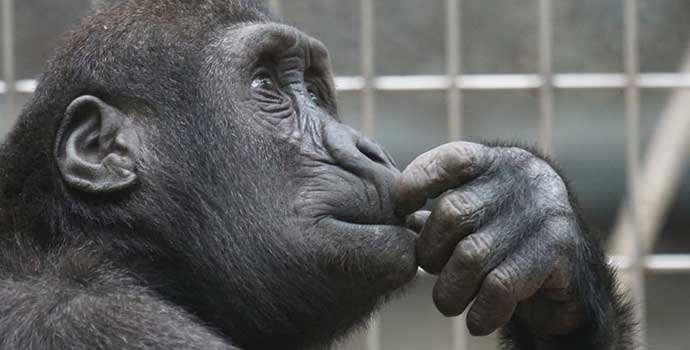 Most MMORPG games award loot and level experience when mobs are killed. Chimpeon can be configured to automatically kill mobs for you, and as such, farm loot and currency, and/or level your game character. Before using Chimpeon for this purpose, here are a few tips to help ensure success.

It's likely your in-game character is either a ranged fighter that can attack from a distance, or a melee fighter that likes to get close to the action. Both types of character are suitable for farming mobs and looting but each has its own advantage...

The attack abilities/spells of ranged characters like wizards, normally work from a greater distance than that of their melee counterparts. This normally allows more mobs to be targeted and killed in a certain area. However, it's likely the mobs will die out of looting range of your character, making the aquisition of loot and currency more difficult.

Most melee characters have at least one ranged attack (although it will likely have a shorter range than the abilities of ranged characters). This ability should be configured in Chimpeon so mobs can be "pulled" from range prior to being killed in melee range with other abilities.

Because mobs will normally die near your character, looting them is easy.

Finding a Place to Kill

To maximise the amount of loot, currency and level experience you gain, it is advised you position your game character in a location with a large number of mobs or where mobs spawn quickly. Alternatively, if you are after loot from a particular mob, position your character near its spawn point.

Ensure your character is positioned where mobs do not attack from behind (and therefore cannot be targeted), and in an area where mobs are of a similar level to you (and therefore quick and easy to kill) or a slightly higher level (that reward better level experience).

When you find somewhere you think is suitable, it is advised you "supervise" Chimpeon for a while to determine whether your character can kill mobs without being killed. "Supervise" until the mobs being killed have respawned at least once so you can be sure they do not appear in a position where they have a chance of killing you (like behind you). Also, be aware of mobs that occasionally roam into the area.

To kill mobs in-game you need to configure one or more Chimpeon Groups and associated Actions to perform an attack rotation. Add one or more Groups to perform common attacks, others to perform actions with long cooldowns, and if necessary add one or more to buff your character periodically. Alternatively, use a pixel colour change to trigger an in-game action.

Some games may not automatically target a mob by default when an attack ability key or mouse button is "pressed" by Chimpeon. There is likely a game setting that will enable this functionality though. Find it and set it. Alternatively, if the game supports macros there may be a macro command for targeting a mob.

If you want to loot dead mobs you can easily configure Chimpeon to do this for you. Looting can normally be achieved by "pressing" a key or mouse button.

MORE: For details about using a mouse button, refer to the Keys and Mouse section of the Help.

If your game has an action or item that will loot dead mobs then create and configure an Action to use the associated key. 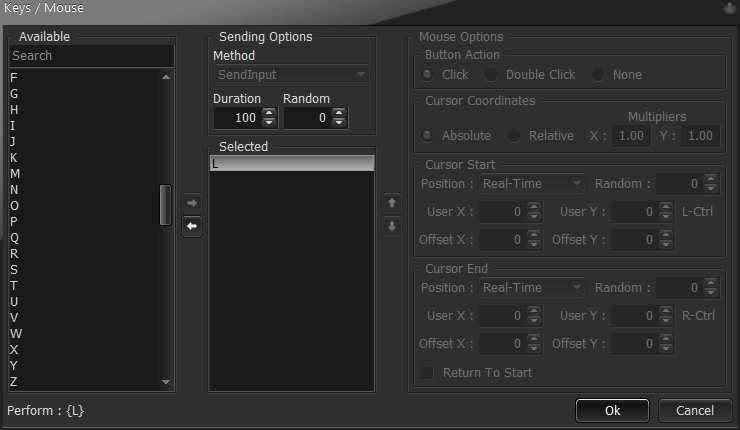 If your game requires a dead mob to be mouse clicked then configure an Action to do the same.

The Time Interval option for an Action's Perform setting should have a reasonably long value like 30 seconds so the in-game loot action has little impact on your attack rotation.

If your game has auto loot and multi/aoe loot options, enable them in-game.